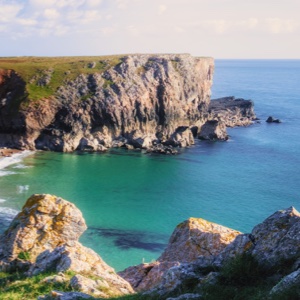 Idris Parry (1916 – 2008) was a scholar of German literature, writer, and broadcaster born in Wales. During World War II he was seconded to the Political Intelligence Department of the Foreign Office because of his mastery of the German language. He lectured at the University College of North Wales from 1947 until 1963 when he was appointed to one of the two chairs of German at the University of Manchester, remaining there until his retirement in 1977. Parry was a frequent broadcaster on the BBC in the 1960’s and 1970’s. His imaginative insights into literary works formed the core of his broadcasts and essays.

What guarantee is there that the five senses, taken together, do cover the whole of possible existence? They cover simply our actual experience, our human knowledge of facts or events. There are gaps between the fingers; there are gaps between the senses. In these gaps is the darkness which hides the connection between things… this darkness is the source of our vague fear and anxiety, but also the home of the gods. They alone see the connections, the total relevance of everything that happens; that which now comes to us in bits and pieces, the accidents which exist only in our heads, in our limited perceptions.

Then he realized, I indeed, I am this creation, for I have poured it forth from myself. In that way he became this creation. Verily, he who knows this becomes in this creation a creator.

Three decades ago, Rock and Roll Hall of Fame songwriter and performing artist, Neil Young, released an album with the spiritually prophetic title, “Rust Never Sleeps.” He could see the... END_OF_DOCUMENT_TOKEN_TO_BE_REPLACED