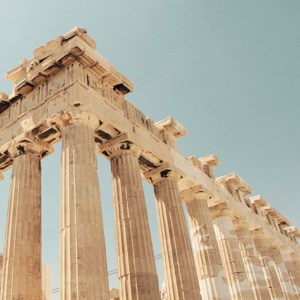 Olympiodorus (circa 450 A.D.) was a Greek monk, ordained as a deacon of a church in Alexandria, and believed to have lived in the 5th or 6th century. He wrote short commentaries on Job, Ecclesiastes, Jeremiah, Lamentations, and Baruch, as well as a fragmentary form of a commentary on Psalms. His writings are based on the the Septuagint, which is the earliest Greek translation of the Hebrew Old Testament. He also refers to the Hexapla, a critical edition of the Hebrew Bible in six versions, compiled by the theologian and scholar Origen, sometime before the year 240 A.D.

All writings, both of secular and of divine wisdom, yield instruction when effort is applied.

“Has the road an end or not?” He answered: “The road has an end, but the stations have no end, for the journey is twofold, one to God and one in God.”

It seems that every week some shocking event occurs that makes us wonder about the future of our planet. But rather than despair, these are the times to remember that... END_OF_DOCUMENT_TOKEN_TO_BE_REPLACED